Need a home inspection in Salem?

The capital of Oregon, the city of Salem has been around since it was founded in 1842.

Located in Marion and Polk Counties, Salem is about an hour’s drive from Oregon’s largest city, Portland. Salem is the next largest city in the state, with a population of 169,800 according to the last census.

Salem is known as “The Cherry City” because of the city’s long history of and reliance on agriculture. Salem was chosen as the official site for the Oregon State Fair in 1861, and has remained so to this day.

The nickname “The Cherry City” was given because of the local cherry-growing industry and the importance of it to the city’s economy and culture. Salem even had a cherry festival until post World War I. 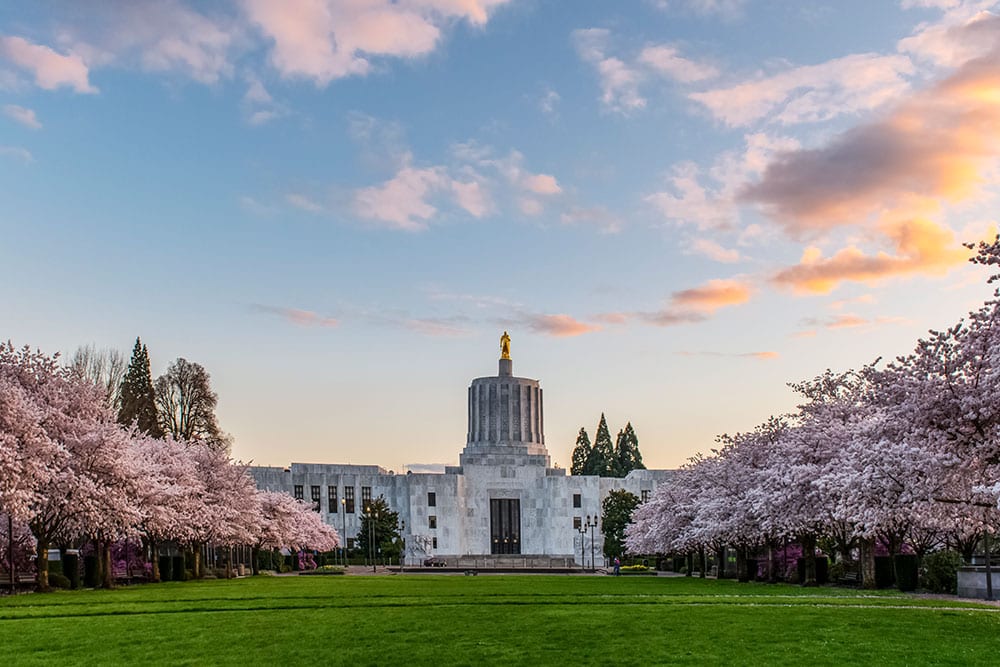 Salem is a large city and has many different sources of employment, but one of the main job sources is the state government, which employs the highest number of people in Salem.

The city also has major agricultural facilities, and is a huge food processing center.

The state of Oregon employs 19,700 workers in the city of Salem, and the federal government employs 1,500.

Salem is home to many diverse activities throughout the year, including:

Salem also has opera houses, museums and many other landmarks.